It was time to go home.

We woke up in Pingvellir around 9:45AM and I noticed that Roo had a green slip under one of his windshield wipers. As it turns out, we “had” to pay for camping this go round. To all future travelers of Iceland: you do not have to pay for camping at Pingvellir. The woman behind the desk would have never known, and I lied and said that I was the only one camping in our car to knock the price down. 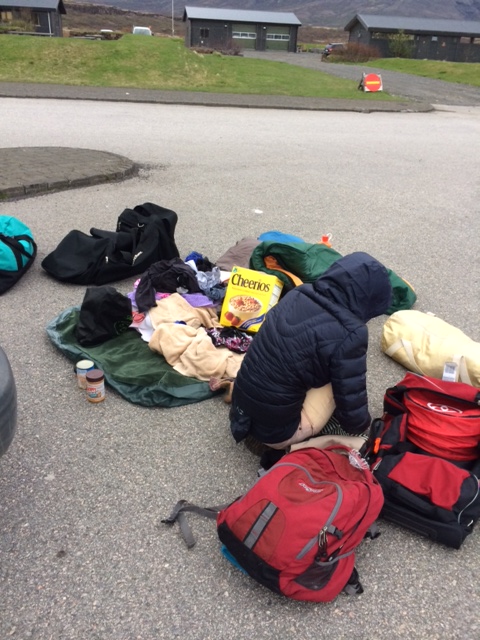 A wild Katie appears and blends into her natural habitat.

We left Pingvellir for Keflavik around 11:00AM and stopped at the same bakery where we bought our first meal of the trip. We ate there, relaxed for a bit, and took a comical full-circle selfie before heading to SadCars to say goodbye to Roo.

We said our goodbyes to Roo and were sad to find out that Christopher had the day off. We never did get to say goodbye to him. If you’re out there, Christopher, we wish you only the best! Fly to us sometime.

The woman that was there was very sweet to us. She took us to the airport and is traveling to CA in February! Thanks to the roadtrip, I was able to give her some tips about her future travels (and that made me feel really cool).

We got to the airport with plenty of time to spare. Katie figured out how to mail her postcards and I wrote for a while.

You were awesome, Iceland. Thanks for the adventure.

I'd love to hear from you! Cancel reply